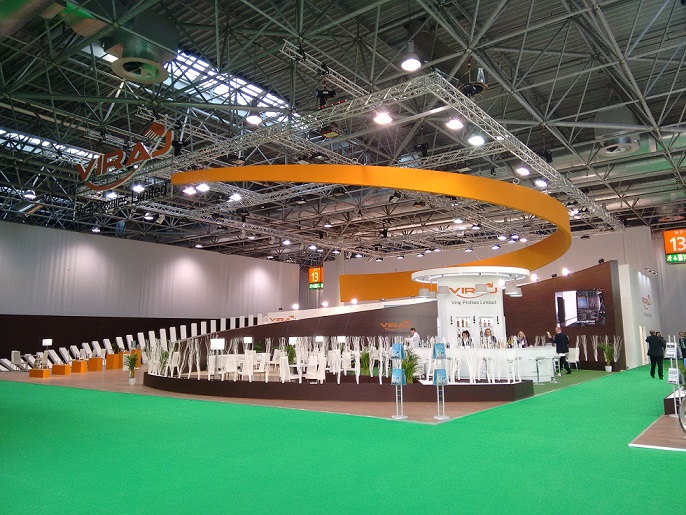 The success of Wire and Tube Dusseldorf, Germany can be traced down to over 30 years when it happened for the first time in 1986. This year the show was a major success as again when it happened from 4th April to 9th April 2016. The exhibition was a highly appreciated effort with high internationality and professional competence by visitors and exhibitors. The overwhelming response from the audience made the exhibitors get pleased.

The exhibition saw over 1200+ participants who came from over 50+ nations to exhibit their stands in an area span of over 51,000+ sqm featuring tube manufacturing and accessories. The significant share of overseas exhibitors came from US, India, South Korea and China.

Boothconstructions.com saw its emergence in this exhibition with a large stand designed for Viraj in a complete stand area spread over 1000+ sqm. The design was a work of art, and it bespoke the concept of Viraj’s logo of a rising bird. Every nook and corner of the stand denoted the same perception of rising and growth as depicted in the pictures below. The exhibitor was allotted stand A01 in Hall No. 13 where this artifact exhibit was placed.

Viraj’s team was delighted with Boothconstructions.com before time delivery despite many onsite challenges faced by the team. This task was accomplished by Boothconstructions.com operation team who strived hard to achieve the entire process seamlessly with their expertise that you can observe in the picture below.