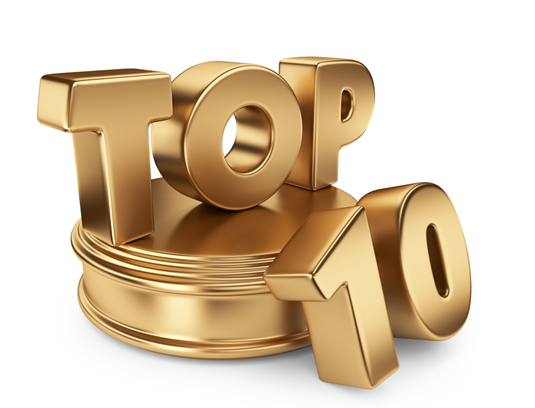 We all as exhibitors understand the value of participating in the right trade show and at the right venue. What we also know is the fact that the rapport and goodwill of every show are dependent on the organizer organizing that shows. The organizers have the power to make a show a huge success by right invites, the right set of guests, right arrangements and ease of exhibiting for you; making the role of the organizer highly crucial in any trade show. So today we want to give you the list of top grossing organizers of 2015 whose shows you should not miss at any cost, be it an exhibitor or an attendee.

2. United Business Media (UBM): UBM also headquarters in London, UK and with a staff of over 5000 employees working for them. UBM is the leading B2B event organizer and has 21 offices spread over the map including America, Asia, Europe, etc.

3. Messe Dusseldorf: It is also an organizer and a venue provider for a lot of trade shows and as the name suggests is based out in Dusseldorf, Germany. With a workforce of over 1500 employees and an area span of 306,000 m² in Düsseldorf, the company is one of the largest in the industry.

4. Messe Frankfurt: It has its subsidiaries in over 28 countries and an expert workforce of 2100 employees, Messe Frankfurt headquarters in Frankfurt, Germany.

5. GL Events: France’s GL Events is one of the biggest organizer of trade shows and deals with exhibitions starting from agriculture to food to transportation etc. It was the second highest turnover grossing company in 2014.

6. Messe Berlin: As the name suggests the company headquarters in Berlin, Germany. With a business expansion in over 150 countries, this company visions always to provide competent local contact to the exhibitors and visitors for their trade shows.

8. Viparis: Starting from Eurosatory 2016 to Japan Expo, this company holds shows in every nook and corner of the world making it one of the highest grossing companies in the exhibition arena. The company headquarters in France are making it a big hub for exhibitors as an organizer.

9. NEC Birmingham: Located in Birmingham, this event organizer also has its venue in London’s Birmingham for exhibitions and events. This place in its exhibitions and shows receives over 2.1 million visitors and provides the venue to other organizers too.

10. Informa: Along with being a multinational event and exhibition organizer, Informa is also a publishing company with its office based out in 43 countries and an employee count of over 6500 employees. The company has its headquarters in London, UK.

So, now that we have given you the top organizers, you can quickly prioritize the shows you want to participate in and stand out in excelling your business prospects.

About Client Precision Castparts Corp. is an international company dedicated to industrial goods and metal fabrication.…

A Checklist for International Exhibiting

One of the dicey aspect while exhibiting is when it comes down to international exhibiting. While…