Get Away from Cliché- Throw Colours in Usual Trade Show Booths

“Booth Constructions, in partnership with Kallman, explains the value of colors in archetypal style of trade show booths for government agencies.” 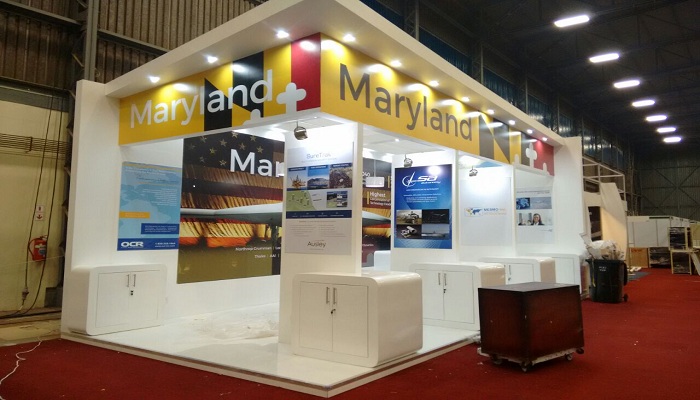 Creating a trade show booth for Maryland Aviation Administration, for a government body, coming out of the shell of sober colors mixture. To make an impressive exhibition stand that grabs trade show attendees’ attention at once.

Secondly, the name Maryland is named after the queen Maria Henrietta. Sifting the ashes of the past, the designing team led to the conclusion of fetching the hues that define the meaning behind these names. Thus, the colors of dominance, love, and sea are mirroring in the trade show booth for Maryland. As a result, we create color unison theme for Maryland integrating warm, cool, and neutral shade groups.

Operating under the administration of Maryland Department of Transportation, Maryland Aviation Administration is a state agency. It primarily promotes the importance of aerospace in the state together with fostering secure and competent operations, economic viability, and environmental stewardship. The agency is liable for the Baltimore/Washington International Thurgood Marshall operation, and Martin State Airports providing: customer care services; and developing better international and domestic passenger as well as cargo opportunities using up to date technology.

With a decade of experience in the exhibition industry, BoothConstructions.com has carved a niche in the…

Berlin, September 22, 2016: The wizard of the Middle East Exhibition industry, BoothConstructions.com is all set…

Berlin, October 18, 2016: The wizard of the European and the Middle East exhibition industry, Booth…