The trade show stand for the Department of Defence, USA was an iconic figure in Farnborough International Airshow 2016. To manifest the functions of the Federal Government Branch in an exhibition stand was a thought-provoking task. BoothConstructions.com achieved the trade show booth completion for DOD with the fresh ideas and designated outcome.

– To manifest DOD’s persona in the features of the trade show booth.
– Create custom trade show stand with open sides.
– Combine appealing color theme with navy blue.
– Adding a discussion area and meeting rooms with a capacity of over 20 seats.

– Union of red and white with the signature color theme of DOD.
– Create a 3 open sided trade show stand.
– Unify an open discussion area in the exhibition stand.
– Three meeting rooms with the larger scope of seats.

The final structure for DOD included the following aspects:

– Corner stand with three open sides.
– A reception is centered at the front of the trade show booth.
– Three meeting rooms with the sitting capacity of 6,6,8.
– An open sitting for four adjacent to the reception at front.
– Tri-colour scheme with blue, red and white.
– Two video displays. One at the back wall of the reception while the other was adjacent to it. 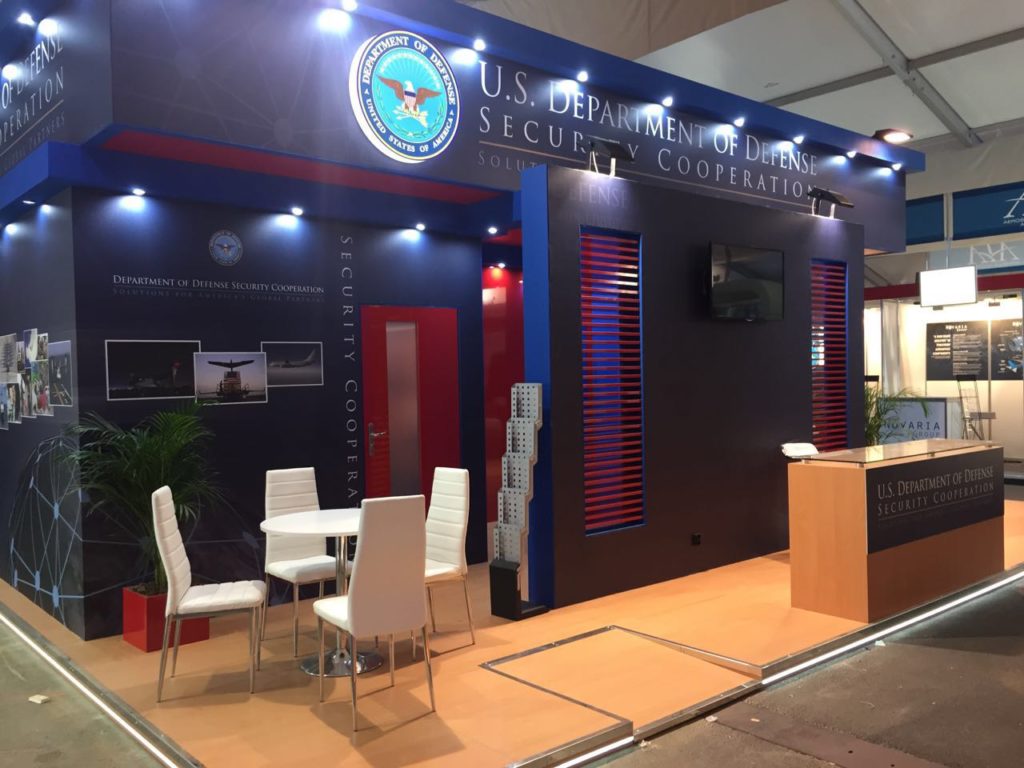 BoothConstructions designed DOD custom exhibition stand in association with Kallman Worldwide Inc. Department of Defence, USA is the executive branch of federal government. It coordinates and oversees functions as well as the agencies of the federal government directly associated with Armed Forces US and national security.

About Client Precision Castparts Corp. is an international company dedicated to industrial goods and metal fabrication.…

An Exhibition Stand Designed for the Automechanika Trade show in Dubai